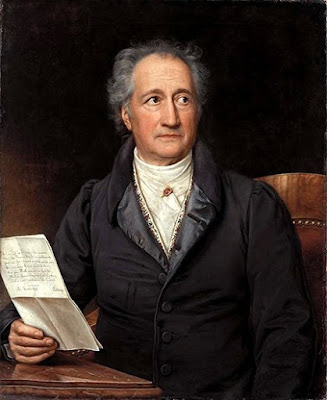 "Science and art belong to the whole world, and before them vanish the barriers of nationality," so said one of Germany’s greatest sons, Johann Wolfgang von Goethe. A poet, dramatist, philosopher, scientist and theologian, who from the 18th century onward has influenced some of the world’s foremost artists, scientists and dream makers.

Goethe’s creation of the literary archetype Doctor Faustus, the man who sold his soul to the devil, has inspired musical masterpieces from Mozart to Mahler. His work on color theory inspired the British painter William J M Turner. Goethe’s ideas on evolution helped frame the question central to Charles Darwin’s “Origin of the Species”. Even the popular culture of the 20th Century is in his debt as the author of the poem Der Zauberlehrling upon which Walt Disney based his “The Sorcerer's Apprentice” animation.

Consequently, it is fitting that the German Government’s outreach to the world should bear Goethe’s name. For over 50 years the Goethe-Institut has been presenting a contemporary portrait of Germany through language studies and cultural exchanges. With 134 institutes in 82 countries the Goethe name has become synonymous with brand Germany.

Operating under an organizational structure that encourages delegation, the Goethe Institutes are able to respond to the aspirations of the communities in which they live. 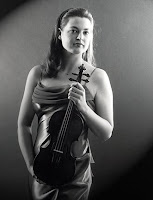 Such as earlier this year, the Philippine Philharmonic Orchestra approached the German Embassy for assistance with their world music concert season, Transymphonia. The seventh concert in the series, “Pillars of German Music” celebrated Felix Mendelssohn’s 200th anniversary with The Hebrides Overture, op. 26 and the Violin Concerto in E Minor, op.64 along with Beethoven’s third Symphony, “Eroica”. The Embassy passed the request over to the Goethe-Institut who arranged for the German solo violinist Annette von Hehn, (pictured on the right) who resides in Berlin, to come to the Philippines to perform the violin concerto with the orchestra.

But the Goethe Institutes not only respond to requests, they also tap into the Zeitgeist of their communities. The increased interest in photography in the Philippines, most noticeably heralded by the successes of the photography dedicated Silverlens Gallery, prompted the Goethe-Institut Manila to stage successive photographic events.

In 2008 they ensured that the 2005 World Press Photo Awarded, Peter Bialobrzeski included the Philippines in his six month South East Asian artist in residence program and workshops. Whilst in the Philippines, Bialobrzeski worked with 10 young Filipino photographers for four weeks exploring and interrupting urban Manila. This was followed by the exhibition “Mapping Invisible Cities” at the Shangri-la Plaza featuring, not only Bialobrzeski photographs, but also the work of the workshop participants from Manila, Hanoi, Bangkok, Jakarta, Kuala Lumpur and Singapore.

This year the Goethe-Institut in conjunction with the Yuchengco Museum and Rogue Magazine brought the highly acclaimed “Zeitgeist Becomes Form: German Fashion Photography 1945-1995” exhibition to Manila. Commissioned by the Institut für Auslandsbeziehungen it featured the work of some of Germany’s best know photographers including Helmut Newton, Jürgen Tillers and Wolfgang Tillmans. This exhibition was the logical follow up to the 2007 photographic exhibition “Deutschlandbilder - Images of Germany”. 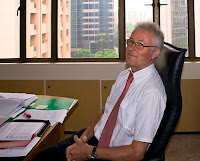 Since 2007 Goethe-Institut Manila has been under the direction of Richard Künzel. (pictured on the left) A multi-linguist proficient in German, English, French, Serbo-Croatian and Russian, Künzel is man to whom borders are just lines on a map. He started his working life as a sleeping car attendant on the Orient Express, then moved on to become a trekking tour guide in Nepal during which time he first set eyes upon his wife, Ricarda, at the southern base camp of Mount Everest. In his 30 years with the Goethe-Institut Künzel has, apart from the Philippines, flown the flag in Kazakhstan, Turkey and Egypt.

It was whilst he was in Egypt, as that institute’s cultural officer, Künzel became the vice president of the Friends of the Railways of Egypt and the Arab World. Who, in 2002, organized the Peace Ambassadors train, a 2000 kilometer rail journey through the war ravaged Middle East. Starting in the Egyptian capital of Cairo the train was shipped to the sea port of Latakia in Syria and from there it traveled by rail to Mosul in Iraq.

But this 61 year old German National is more than a Deutschland impresario, although in the coming months he will bring to the Philippines “Contemporary Picture Book Illustration in Germany”, “Come-in: Interior Design as a Contemporary Art Medium in Germany” and the “Alexander Kluge Film Series”. Künzel the pedagogue is a man in love with his mother tongue.

This passion has held him in good stead with the day to day activity of the Goethe-Institut, the teaching of the German language. With the German Government’s decision that immigrants must be proficient in basic German to be eligible for a residents visa the Institute’s work load has increased significantly. Filipina brides of German Nationals are knocking on the Institute’s door seeking the assistance needed to be with their husbands.

And with many coming from “the provinces”, where the instruction in grammar is rudimentary at best, Künzel and his team of language instructors have developed an innovative program that meets the needs of both the prospective immigrant and the German Government’s directive. Such is the strength of this program that tertiary institutions across the Philippines are sending Filipino teachers of the German language to learn the program. These include the German language departments of the Ateneo de Manila and the University of the Philippines in Manila, the San Carlos University in Cebu and the University of Mindanao’s faculty of Hotel and Restaurant Management.

It is this type of interaction that fosters the Institute’s ability to gauge the pulse of the Philippine community and cross borders both regional and cultural. Which for Richard Künzel, a man of many parts from many places, means he can, with the Goethe-Institut’s encouragement, promote a world where the best of his country’s endeavors can be shared without fear or favour.
Posted by Henry Bateman

Very Good Article Thanks For sharing!