These images are from David Franck's on-going series of road trips documenting America's disappearing commercial landscape from the mid 20th century. They capture a time when free enterprise was more innocent and the 'American Dream' was fully alive. Mom and pop motels, restaurants and liquor stores peppered the old highways and byways, before major interstates were built bypassing small town America. Their fading beauty resides in crumbling, once bustling neighborhoods which time has forgotten. The proud motels that once beckoned weary travelers have become mostly run-down rent by the week establishments, or even worse, by the hour flop houses. Uniform, generic establishments have replaced the majestic restaurants of yesteryear. 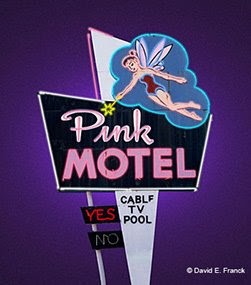 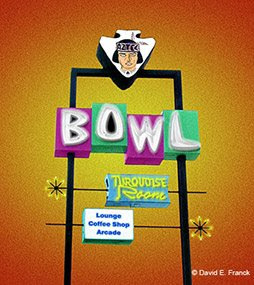 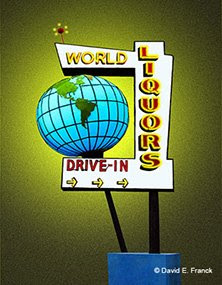 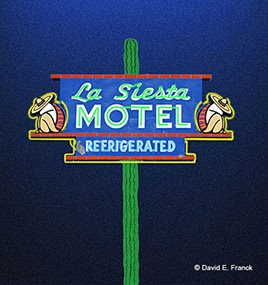 Franck's has been shown in New York, Boston, the Midwest, California, and the Southwest. His work is included in numerous private collections, distributed nationally through galleries and stores, as well as being reprinted in various publications.
To see more of David's work click here
Posted by Henry Bateman