Will Selfies of the future be sculptural? 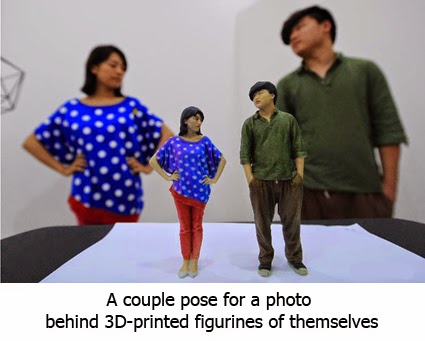 That staple of fun fairs and railway stations the photo booth which only recently was made redundant by the phone camera is set to make a comeback. In its new configuration it will create a digital file suitable for 3D printing.

Luxembourg’s Artec Group rolled out its first Sharpify Booth in June at a supermarket in Trafford Park, Manchester, England. In October Artec demonstrated the technology in the US at the “Inside 3D Printing" conference in Santa Clara, Calif.

A 12 second full body rotating scan in the booth can produce a file suitable for a 6 to 9 inch sculpture. If Artec are chosen to print the figurine the scan is free and a full colour self replica is estimated to cost between $99 and $199 depending on size. Should the customer have their own 3D printer, which is not unlikely now that home 3D printers cost less than $1000, the scan will cost $20.

Artec also has a software package called Sharpify Pro that allows owners of Xbox Kinect game boxes to scan themselves at home which can be printed on their own 3D printer.

In their marketing material Artec claim “Shapies are perfect for capturing life's milestones in 3D figurine form like birthdays, graduations, a wedding, pregnancy, or even this year's awesome Halloween costume."

As the technology advances this may well become the method of choice for professional sculptors. In July the Indiana based 3D printer manufacturer, SeeMeCNC, claim to have built the world’s largest 3D printer capable of printing objects up 3 meters (10 feet) high.

But for the uber cool the latest desk/mantelpiece ornament may come from New Zealand’s Brainform who are offering to print a model of a customer’s brain from a supplied MRI scan. 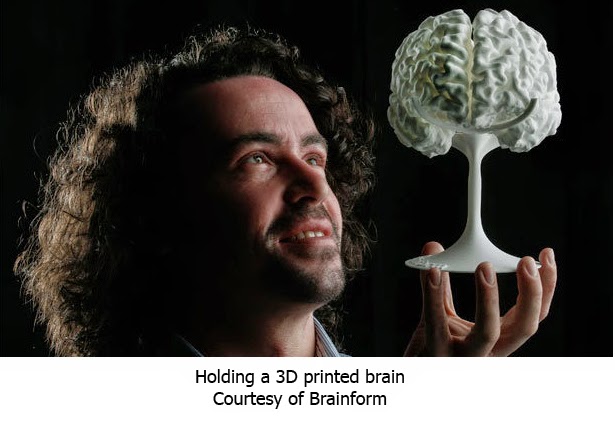 Email ThisBlogThis!Share to TwitterShare to FacebookShare to Pinterest
Labels: Art, You Need This