Influenced by Popular Culture and Plumbing. 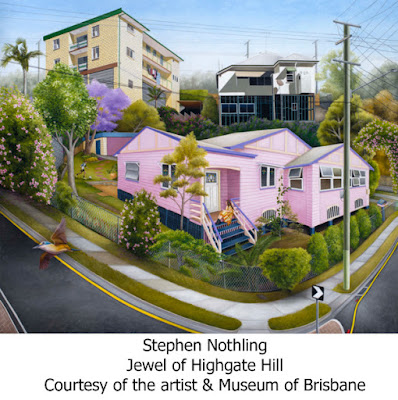 “When you can’t be a player, you become introspective.”
Stephen Nothling

The Australian painter Stephen Nothling was the kid in the playground with the coke bottle glasses who was unable to catch the ball and consequently excluded from team sports. He was born with the genetically inherited oculocutaneous albinism, a condition that left him with 10% vision in his right eye and a cataract in the left that he describes as the “black hole of nothingness.”
As he told the Australian Broadcasting Corporation "I began painting because I wasn't very good at anything else. I was born with a sort of quite severe problem with my eyes which affected me for a really long time. I'm nearly blind in my right eye and there's problems with my left eye and that kind of restricts you when you're a kid. I couldn't catch a ball, I still can't catch a ball, I always used to sit in the front row at school in the front row of the class. This sounds really pathetic but it's not, you just sort of go inward and I think I just started to draw.”

In his early twenties whilst studying at the Queensland Collage of Art he threw away his glasses and started working up close and personal with his painting.

About which he says "The one thing that defines my work is that once I step away from a painting, more than a couple of meters, I can't actually see what I've done, so I just work very closely… I just invented what I wanted to be and I invented how to paint.”

Now in his early fifties and because of his condition, a non-driver, Nothling’s subject matter reflects his backyard and most recently the suburban Brisbane street he calls home and walks along on a daily basis.

As he said about his 2014 exhibition On Special at the Woolloongabba Art Gallery “The still lifes are full of objects that surround me at home. The landscapes are places where I’ve been and show incidents that have occurred. Sometimes I make things up but not very often. The portraits are generally me although I’m not a very good narcissist.”

With a sentiment Nothling encapsulated in his statement to The Art News Portal’s Briar Francis “I’ve attempted to portray an acceptance and celebration of the everyday and the possibility of a little bit of poetry in the ordinary.”

Nothling’s current exhibition The Last Street in Highgate Hill is on show at the Museum of Brisbane until the 31st of January. 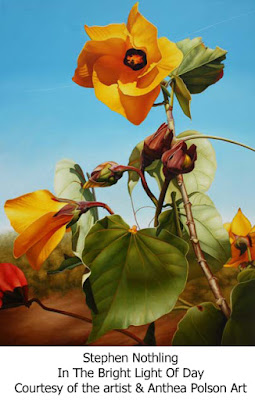