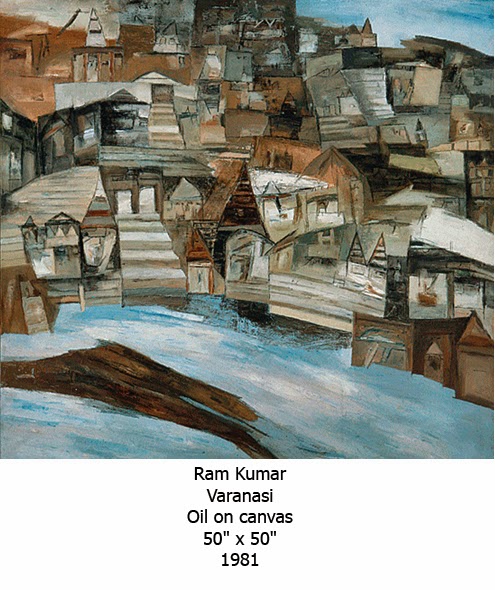 Today Indian artist Ram Kumar celebrates his 90th birthday. Half a life time ago, whilst working as an economist for a bank, he chanced upon an art exhibition in the city of Delhi.  "I saw paintings like that for the first time and it made me so intrigued that I returned several times," Kumar says. "There was a notice for evening art classes at the gallery, and I joined the Sarada Ukil School of Art.

Back then the Sarada Ukil School of Art taught Indian painting in the mornings and Western style painting in the evenings. A year later Ran Kumar was in Paris. For 3 years Kumar spent his time in the company of artists and poets like Jacaques Roubaut and Octavio Paz, Fernand Leger and Andre Lhote.

“I painted middle-class people because I felt I could speak best of their preoccupations and dreams, since I am a middle-class man," he said in a Times of India interview. But all that changed in 1961 when he visited  Varanasi "the religious capital of India". I was so impressed by the city with its thousands of people that there was no other way to capture the power of that city except through an abstract painting," he said. Over the intervening years Varanasi has been an ongoing inspiration for Kumar’s work.

In celebration of this milestone in Ran Kumar’s life an exhibition of drawings made in Varanasi in the 60’s will be shown at Delhi’s Aakriti Art Gallery from the 8th to 29th of November. More information about the exhibition can be found here 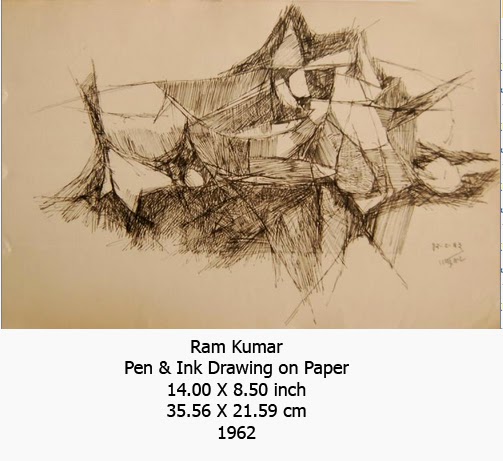