The Cost of Success II 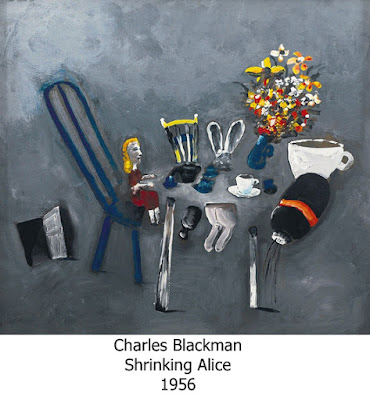 "I don't want to be logical."
Charles Blackman

At the age of 87, Charles Blackman is one of Australia’s most famous living artists and whilst no longer painting he does a life drawing session once a fortnight at the house of his long term friend and fellow artist Judy Cassab.

"He doesn't talk much. We draw, we have a coffee. It's just great to see him work." Cassab told Melbourne’s Age Newspaper in 2006.

For the last 20 years Blackman has been suffering from Korsakoff's syndrome, a form of dementia caused by chronic alcoholism. Blackman suffered a stroke in 1994 caused by his drinking and since then has required full time care which has been funded by auctioning off what little of his earlier work has remained in his possession along with the sale of prints and current drawings.

With three failed marriages to his credit significant bodies of his work left his hands in divorce settlements with many now hanging in prestigious national institutions. For success came early in Blackman’s career.

He was in his 20s when critical acclaim and recognition came his way with his Schoolgirl paintings and the famed 43 paintings in his Alice in Wonderland series. With his first wife, Barbara, as his muse Blackman encountered the Lewis Carroll masterpiece as a talking book purchased for his blind spouse. As he has said about hearing the tale "I hadn't read it, so I didn't see any illustrations of it, I came to it cold."

Shortly later Blackman was awarded a Helena Rubenstein scholarship which enabled him to follow his friends to London. Melbourne had lost is appeal, as he recalled later "Everybody's poor, there was six o'clock closing, it was hard to go to the pictures because it was too expensive. I came to the conclusion that's not what I want out of life."

As his eldest son Auguste has said about the six London years "There was never a chance for life to be boring. Everyone would congregate at our house because Charles and Barbara were the most fun."

Although Blackman’s friend, the world famous entertainer, Barry Humphries saw a different side to the artist. He observed “a very restless and solitary figure. He could be terribly sarcastic and very biting and unkind to people who couldn't strike back. His cruelty was especially notorious when he'd had a few drinks."

After 27 years of marriage, which included a year in Paris, Barbara divorced him saying "Dr. Charles Jekyll turned into Mr. Charlie Hyde."

Blackman’s two subsequent marriages also ended badly. And throughout, as Auguste recalled, "Everyone drank. It was almost like a competition. These were the most creative people in the country and they needed that anesthetic. To be able to stop and laugh you needed to have the wine."

Like his painting, dinking is now a thing of the past. Although Blackman’s paintings are still revered. As the art critic Bernard Smith wrote "It is no simple matter to define the peculiar feel of his strange presences. They are like dreams that break off only half-remembered: the deep questioning of eyes in shy faces, the pleasure of simple things, like a bunch of flowers, in a world fed on the sensational and horrific."

And as Blackman told ABC television “Painting, to me, is not all an autobiographical thing. It's things you observe around you, or you are interested in what other people do with their lives. It's a simple straightforward activity.”

Blackman’s latest exhibition in association with Australian artist David Bromley and the newly formed Blackman Studio Down the Rabbit Hole is on show at Western Australia’s Gullotti Galleries until the 21st of August. 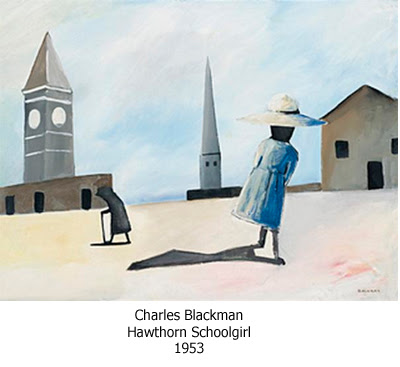