Being Big is More Interesting 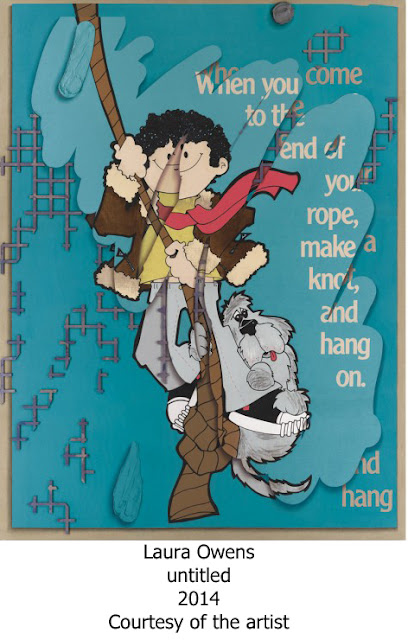 “I’m always interested in what a painting can do – and then questioning those things.”
Laura Owens

The Los Angeles’ based artist Laura Owens likes to make big pictures. As she told Artforum “I think to make something that is actually big, to literalize it in that way, gives you a lot of options for meaning.”

It is a process that started in her teens and has continued ever since. As she recalls “I have been making big pictures since I was in high school. As a kid growing up in Ohio, I went to the Toledo art museum and the Cleveland Museum of Art, where I saw the big paintings – Frankenthaler, Olitski, Poons, Morris Louis and Rothko. I remember seeing my first Richard Estes paintings there. I’m a big fan of his work.”

Whilst being a fan of the photo-realist, her own work differs markedly incorporating both digital and analogue processes and are often constructed with the space they are to be exhibited in at front of mind.

As Artforum’s Susan Morgan has said “Laura Owens makes wily sensational paintings: Lines sweep into our peripheral vision, speed along as daringly as fearless school girls sliding on ice, then burst unexpectedly into shapes – tiny spiraling volcanos of color, wavering horizons or bulky clouds. If Owen’s style – a surprising blend of mid-century formalism and Pop mischievousness – evinces a cagey knowingness, it also reveals an unabashed delight in voluptuousness of paint and form.”

An aesthetic with which Owen concurs, stating, “I feel my paintings are very specifically American and have a lot to do with where I come from. I suppose it’s a straightforward, Midwestern, no-bones-about-it sensibility and a certain sense of humor. I’ve always thought that, instead of making you day fit into the painting, you should make the painting fit into your day. A painting should fit into your life…Ultimately, you really want to make the painting you want to be with. Not one that is constantly telling you everything it knows. Who wants to be with something, or someone, like that? It’s more fun to be with someone who is willing to go out on a limb, embarrass themselves a bit. I think a lot of artists use a painting to point out a reference – a quote, an anecdote, an idea – and that reference becomes more interesting than the work. I’d much rather have a reference generate a painting.

Owen’s latest exhibition Ten Paintings is currently on show at San Francisco's Wattis Institute until the 23rd of July. 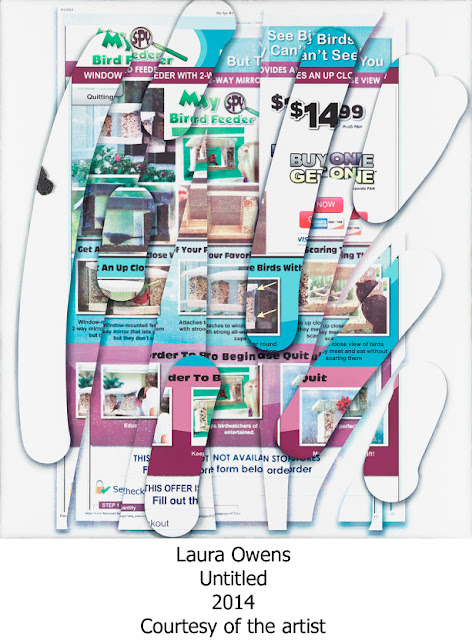