To The Figure Be True 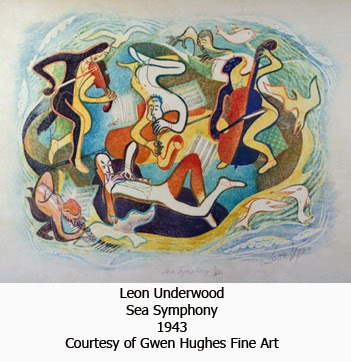 In his 1934 treatise Art for Heaven’s Sake: Notes on Philosophy of Art To-Day the British artist Leon Underwood argued that ‘primitive’ works avoid abstraction and instead concentrate on subject matter that enables a direct communication with their audience, an argument that derived its merit from his having seen the work first hand.

For Underwood traveled widely in his 20’s and early 30’s visiting the ancient cave paintings at Altamira, Spain, along with Iceland and a trip to Mexico where the art of the Aztecs and Mayans coupled with his growing collection of African art became major influences for his own work.

After breaking with the traditionally orientated Royal College of Art where he was employed as a drawing instructor Underwood opened his own school that concentrated on experimental life drawing and printmaking. The former of which became the mainstay of the school he opened in New York’s Greenwich Village a few years later whilst his own drawings and engravings illustrated the pages of Vanity Fair and The New Yorker magazines amongst others.

Concurrent with his printmaking Underwood also extended his work into sculpture with wood and stone carving. In the 1930’s Underwood shifted ground again and moved his sculpture into bronze works whilst his engravings moved from wood to linocuts with themes influenced by music and dance. These were in turn later replaced by reinterpretations of themes from Greek and Roman classical sculpture.

But unlike his contemporaries who, whilst also embracing ‘primitive’ art, did so as part of their adoption of 20th Century abstraction, Underwood maintained the figurative aspect of the originals in his devotion to the human figure in general and his drawing from life in particular.

The retrospective exhibition Leon Underwood: Figure and Rhythm is currently on show at Chichester’s Pallant House Gallery until 14th of June. 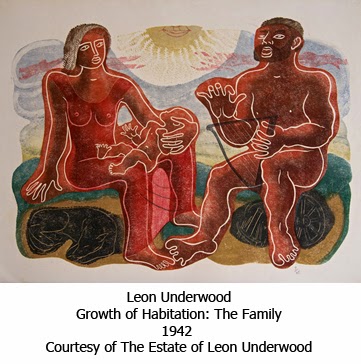