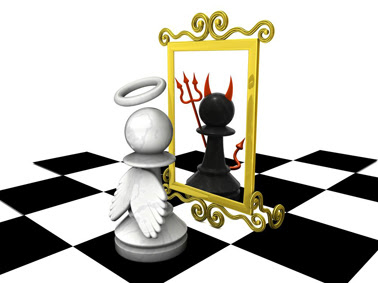 An Irishman, a Frenchman and two Aussies share a house. That it sounds like the start of a bad joke is deliberate ploy to counter the ignominy associated with this deliberate housing choice. For most people a share house reeks of student days’ squalor or welfare desperation. But, as the housing market tightens, homelessness increases and the climate devastation of habitat impacts, share housing is an option gaining validity. And, not only as a stop gap measure, this wonderland has lesson’s our governments could well heed.

My share house sojourn, since returning from overseas a couple of years ago, has privileged me with a range of interesting and informative opportunities that have, amongst others, included: a Thai student on a gap year to study English before completing her master’s; a trio of Indian students whose desire for permanent residence was palpable; a young professional Samoan footballer and his chaperone; a Dutch couple on secondment to UWA; a Aussie couple starting out on their life of exclusivity; a Frenchman awaiting a Canadian visa who avoids boredom by driving for Uber Eats; a Filipina trying Australia on for size; an Irish backpacker on a working holiday; and a fellow Victorian. The youngest was 19, the eldest would never see 64 again. All had tales to tell and cultural differences to share.

The glue that holds this disparate, fluctuating group of individuals together is trust. Not only the protection from the elements offered by the landlord’s “Mi casa es su casa” policy, but also the lack of the need to keep everything under lock and key. And when that trust is present housing security is ensured especially when the tenants validate said trust each fortnight. A trust that is currently enhanced in this multi-cultural house, spent most clement evenings on the front veranda, by “never jam to-day” games of chess. In which more knowledge than the moves is required to combat the Irishman’s wicked opening.

It can also be the glue that holds society together. It is the major duty of all levels of government to foster this bond with and between the people who live in this wonderful land of ours. From delivering on the promise of rubbish removal each Tuesday by the town council to protection from existential threats to health and safety by the institutions operated by our state and federal governments. And the stronger that trust the more liveable is the society in which they govern.

To foster the superglue needed by communities the size of a country, this quality must exist across the board to counteract its inherent ephemeral nature. Not only must the people trust their government, more importantly, the government must trust their people. Whilst being ever vigilant of the Jabberwock of vested interests that can reside on the other side of the mirror to which we are often drawn to preen.

As was the case with the privatisation of the electrical grid on Australia’s east coast, which has slowed down its decentralisation despite the climate crisis imperative. Sold as a potential cash cow the investors are now loath to forego their return. Whereas in the government owned Western Australian grid customers are already starting to enjoy the benefits of this decentralisation.

A similar state exists in that most central of human needs: a roof over our heads. The transition from housing as home ownership to investor ownership is excluding many from this basic commodity. And while the Federal Government talks the Australian dream of a home of your own, its actions encourage investors to become our share house landlords. This is not necessarily a bad thing with our rapidly increasing population in which the virtues of recycling and decluttering are being extolled.

Although it does become a concern when the deeds and the rhetoric become "A pleasant walk, a pleasant talk, Along the briny beach.” Increasingly on the other side of the looking glass, whatever it takes to win is considered a prerequisite for participation. So, when it spills out into the wonderland it dries up all the trust, as the independent senator from Tasmania recently discovered.

With hand on heart and tear in eye she begged the country to just bloody well trust her on National television. In defending the silence about her reasoning, she admitted to sipping from the National Security cool aid chalice. When pressed to say when she would trust the people with the said reasoning, Ms Lambie went the full Sir Humphrey Appleby with her “in the fullness of time” promise.

The disappointment of the studio audience was audible. For National Security is a favoured trope that government politicians use to shut down questions, especially about their secrets that make us vulnerable. In this silence the dripping of trust upon the pavement resonates with those who care to listen.

The share house horror stories, beloved by tabloid television, stand testament to this potential corrosion in the body politic. Or, as my landlord so succinctly put it, “They keep going to the wrong house.” While shonky landlords, like shonky politicians should be called out, the demonisation of a legitimate housing option should be avoided. This, with the recent destruction of over 1800 homes is increasingly becoming a necessity.

Added to that is a pandemic following on the heels of these natural disasters of fires, floods and cyclones.  About which our elected leaders must be forthcoming with validations for their decisions if they wish to maintain the trust necessary to implement the required actions. And in this highly leveraged society, as insurance premiums, for a significant number, become a luxury item, just how many unsecured mortgages will our banks be prepared to carry?

As our house of cards weathers the “slings and arrows of outrageous fortune” our wonderland needs to be decoupled from the antics on the other side of the looking glass starting by dissuade them from squabbling over the rattle.

Good to see you posting here once more.

Thanks Dave, it's good to be writing again Woohoo I survived the drought :)

You're welcome Henry. Always a good feeling when the dreaded block has passed. I look forward to reading your future posts.